There’s a device called Welle on Kickstarter http://kck.st/2mYNd59 and I found a video about it working with LIFX here https://youtu.be/ycDz3tdehbI. Think it looks interesting.

Flic is coming up with a Hub that goes on pre-order tomorrow.

Apparently they have a Linux SDK as well, so I’m assuming you could pair them to a Raspberry Pi and get them working that way. I was able to pair a Logitech POP to my Windows PC, but I didn’t know how to do anything with it after that. I’m sure the Flic, as it has OS-specific tooling could be programmable when paired to various devices.

I believe if you install Android on a Raspberry Pi, you’ll have a home automation solution.

Alas nothing worth using yet. Last I saw Android on Pi had lots of issues with touch screens and play store etc.

@markwin I just wanted to post an update to this thread and tell you that I was able to make my own hardware dimmer with a ~$30 Raspberry Pi 3 and a ~$1 simple rotary encoder with a push button.

I basically followed this tutorial to set everything up, then changed the volume controls to light brightness controls instead. Here is my modified python code.

It works REALLY well. It’s snappy too since I am using the LAN protocol. Each clicky-turn of the knob results in a ± 20% in brightness. Pushing down on the push-button toggles the lights on and off. I have it set up next to my bed for maximum laziness! haha

okay so will you do a kickstarter to commercialize that please? so i can just order a dozen of them?

Totally agree. I’ve been searching high and low and this appears to be a need that people have been clamoring for for a LONG TIME. It sort of blows my mind that this need hasn’t been addressed. The Lutron Connected Bulb Remote is nearly there, it just needs to be more seamless with Lifx; and also I’d suggest a few functionality expansions for a wired/power version (below) with a non-wired battery version perhaps being the same minus most of the LEDs… this drawing is my gift to the world if someone can just please develop this! 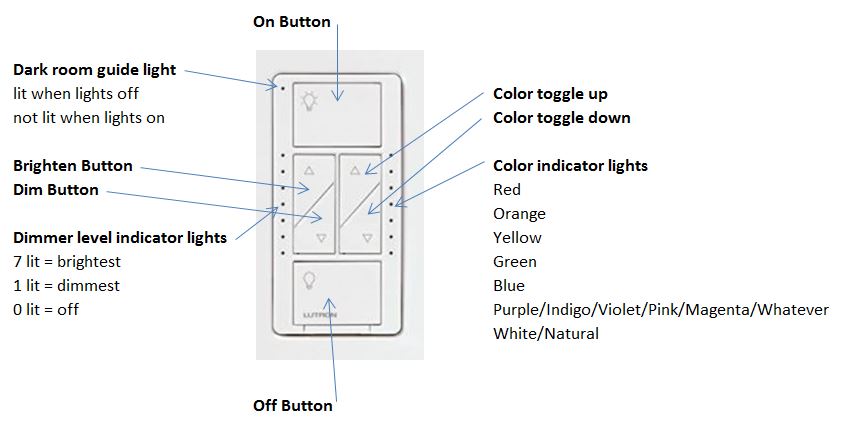 Hi All,
Just letting you all know, I’m in the progress of building a Dimmer Switch for the LIFX. if you want to check it out or if you think you can help I’ll be updating as I go on the Hardware Dimmer Project thread.

@pgthielen My design will allow for different faceplates, so I could put this on the list of faceplates. Just one question how would you toggle between Colour and White in that design.

Awesome, glad to hear that! To answer your question, here are two options for color vs. white control…

Here is a quick video of my home-made hardware dimmer. Hope you like it: 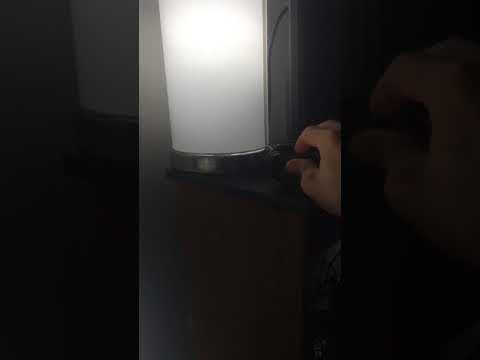