Try this thread: Lightsd: a daemon with a JSON-RPC API to control your bulbs

Sorry I don’t understand the specification about controller setup on my RPi…it’s just an RPi connected via wired (and wireless recently) using Raspbian (this may have made things a little harder than needed, but worked in the end).

When you say zwave stick, I’m using the Razberry daughterboard, and although I have thought about OpenHAB which would work, I don’t really have the need for that much overhead right now but understand that it works beautifully with the Razberry API (google Razberry OpenHAB…fantastic writeup)

LightsD is interesting since there are other ways to connect without it (I’m sure with OpenHAB you can talk directly to the lights as well), however the latency to handshake is what lightsd excels at since it’s in constant communication with the lifx network. I doubt you’d have to go far to figure this out yourself, and I’m happy to ramble on a bit more, but the “always connected” model just works better than whatever else I’ve tested. I admit however to not knowing how the android (or other) lifx apps communicate so quickly…my guess is they are also always connected from the time you open the app and are in the wifi vicinity, but that’s just a guess.

Hi Scott
I’m working on installing Lifx in all my downlights also. l will start with a similar number and all going well I will end up with 40 or more. I would also like to have motion detectors so hallway lights come on automatically. I’m very interested to hear your progress. Do you have the flic buttons working? Have you had any issues with reliability of the system? did you need to make any changes to your wifi to accommodate the number of lights? Looking forward to hear what you’ve learned.

Hi Richard, that sounds exciting. I haven’t tried flic yet, just all our iOS devices. I’m really happy with the lights. The only issue is the network setup. Prior to embarking on this I wasn’t aware that home wifi routers are limited in the number of devices that they can connect to. For some routers the number of devices can be as low as 10 and it’s usually 25-30. This number is rarely advertised so it does take some effort to find out. I have 25 LIFX bulbs and about 12 other wifi devices (phones, laptops, tablets) which all want to connect to the same wifi network. I’ve had to setup a second wireless access point to stop lights falling off the network. This is fairly stable (but not 100%) and I haven’t found any discussion of the best way to do this. I initially had both routers broadcasting the same SSID but have now changed to 2 SSIDs as the lights weren’t evenly distributed. I’ve manually assigned half the lights to each SSID. I’m only doing DHCP on one router, which works, but I’m not sure if that’s correct. LIFX help has been ok but they keep dodging my question about how to setup lots of lights. It almost feels like they’re not aware if it has been done! It’s changing the topic of this thread but I’d love to hear how others manage 35+ devices.

You could use a Ubiquiti Access point to extend your wifi network. They have a hard coded limit of 127 connected clients (ie: LIFX bulbs) but if you get the pro version you can run a network on two different radio frequencies (2.4 and 5 ghz) allowing you to have 254 connected clients (allegedly, I haven’t tried that myself)

I put FLIC buttons on all my light switches (i’ve got like 20 lights), stuck them next to the hardware switch that toggles the power for the lights, so it’s intuitive which one to press. I can happily report that it has COMPLETELY fixed the issue (of it being a hassle to use a phone to turn lights on), and to passes “the wife test” with flying “colors” (PUN!). FLIC buttons work reliably, and make it wicked easy to toggle, go full white, or go to default scene. SO great.

I just wish LIFX would come out with a hard-wired in-wall switch with 3 sliders and 2 toggles (HSV, on/off, color/whites)

I am going to give this a go with the Raspberry Pi, 7 inch touch screen etc.
Uber geek stuff but hey a bit of fun., 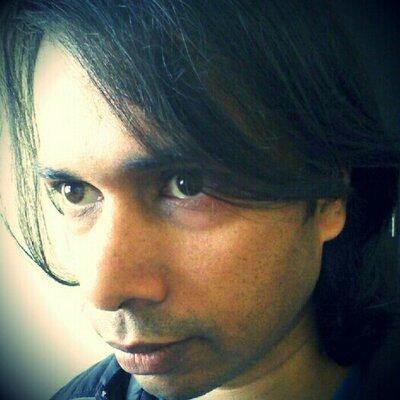 Just replace what I don’t need with lights controls, use Dan’s API to connect to the bulbs and off I go.

Flic communicates with the phone, doesn’t it? What is the range to between the button and the phone? Could I have the phone at one end of the house and still use the button?

i don’t know what the range of bluetooth is, you’d have to test that for yourself?

my “lifx server” phone is in one room in the middle of the house and all my flics all over the house communicate with it. note: it’s a small house. i think the farthest flic is 20 feet away thru 2 walls.

My problem with the Flic buttons is that they’re dependent on an active Bluetooth connection to a smartphone and the Flic app has to be running in order for the Flic to perform the function you’ve programmed.

If the phone is out of range, Bluetooth is turned off (which I do habitually to save battery and avoid having my phone randomly connect to other Bluetooth devices it’s been paired with all over the house), or the Flic app is closed on the phone, the Flic button us useless.

The only way Flic could make that work for me is to make the device pairable with Amazon Echo or connectable via Wifi and function without the iPhone app altogether.

I too wish one of these companies would come out with a real replacement switch. I am using a SmartThings Hub and GE smart switches which is working great…when SmartThings is working that is. Philips has their remote control and the little round switch but they do not solve the problem of someone flipping the switch. I just can not understand how this has not been addressed yet.

I have given up, am going to get myself a cheap android tablet that runs the LIFX app and stick it on the wall. Done.

For those interested we have been working with Logitech, and they just released the POP Home Switch that has LIFX support. They sent us a few sample units and they perform pretty well in our office. It does use a small hub, and if you are in the AU (like me) you’ll need a travel adaptor to convert the US plug to AU.

And another solution that needs a cloud service. Completely useless. Is there really no simple solution without hubs and clouds and the likes. Just a simple bluetooth or wifi or whatever button that just sends a trigger to my 24/7 server - like a keypress shortcut or similar. From there on the LIFX apps could do the rest. I don’t get why all this solutions have to be so complex and why the hell I would want an app to send a on/off toggle from a switch to a bulb. Basically what we’d need would be a striped down wireless bluetooth keyboard with just one or two keys, problem solved. If something like this exists please forgive my ignorance and please point me in the right direction.

The POP Home Switch does not use the LIFX Cloud in any way, the control has been implemented using the LAN protocol from their hub to your LIFX devices. It may require the Logitech cloud during setup though, I haven’t been able to test that yet.

Now that your LIFX Hub device or devices have been added, it’s time to set up a recipe that includes your device(s):

Interesting, I don’t remember having to sign in when I setup the test device we had. I’ll update here when my retail device arrives.

that was from their website. Mine arrived this morning 10 days early. I only needed the two switches so the starter pack was perfect. Will set mine up tonight.