I noticed that my LIFX switches in apple HomeKit now display options for single, double, and long press since the 3.9 firmware update

Is LIFX planning these options for a future firmware or hardware update?

They work now. The haptics can make it a little tricky to get them to fire (for me), so try adjusting the haptic time. But I can fire single, double and long press events.

Make sure you have nothing configured in the LIFX app for that button, though. Otherwise both things will happen.

We will also be working at building this directly into the LIFX app in an upcoming release.

Thanks for latest. To save me the time and trouble of deleting button configs from LIFX app when is it likely we’ll get the update

Unfortunately we might be blocked by some big dependency updates we need to do, so I think a month at latest. Though will be working to try and get through sooner

@paulwrussell Don’t mean to hijack the thread but on the topic of updates. Will we be seeing some bugfix firmware releases sooner than the feature update you have mentioned? I’m seeing a number of bugs over Reddit and here.

A month has now gone by since the beta release. What’s the latest on the updates to the app you said were due?

@DarkwinX We have 2.90 and 3.90 firmware due for release soon, which will contain significant bug fixes and improvements to connectivity.

@wildones not sure what you mean by beta release. This was a public release of the app and switch firmware. We are aiming to release an app update every month going forward. However, we have a major improvement to onboarding and device discovery that we are working on and want to be a part of the next app, before we add the above mentioned additional switch features.

Looking forward to those updates. Once connected my downlights are rock solid - but the onboarding process was difficult.

The new switch firmware is great by the way - easily made it best smart switch available on the market.

How is the update to the LIFX app going to allow single/double and long press direct in LIFX app ?

I know i promised this a while ago. But we’ve been delayed due to focusing all our efforts in the last month on bug fixes and stability improvements that were well over due. A lot of work has been spent making Android more reliable. We’re expecting 4.11.2 out in the next week, and then the release after (4.11.3) will contain the above mentioned Switch features.

Great to hear it is coming! - thanks for the response - looking forward to the update.

Why do you inform us that changes are due within a set timeframe then we get nothing and hear nothing more?

Any further update on this ? -

Hows it looking this week?

I imagine this is why we have seen some delays 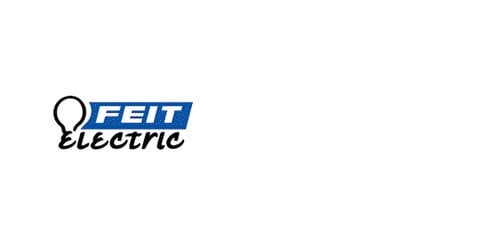 This has now been implemented and is being tested. I expect it will go out in the next App release 4.11.3. This will also allow users to clear settings for when they prefer to setup switched in HomeKit

No. I assume that my current Android App which has Single/double/long press support, and has T’s&C’s dated 5 Sep 22, is the latest. No idea if we will ever get the additional event that I would like.
My current plan is to continue to use the HomeKit Controller integration in Home Assistant and see if I can add the event there. At least with this approach I have eliminated the cloud latency and any dependence on the Internet.